Pixark Wiki
Register
Don't have an account?
Sign In
Advertisement
in: Stubs, Carnivores, Creatures released in 2019,
and 9 more 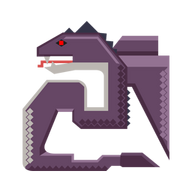 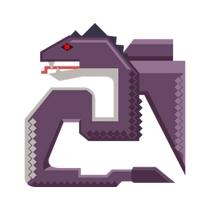 The Winged Serpent is one of the creatures in Pixark.

It spends most of it time flying lurking for meat, in fact it will go after any corpse. If it's attacking something it will both bite and spit acid from it's mouth to deal damage

Winged Serpent is tameable and rideable using a Winged Serpent Saddle It is a great flying mount in terms of damage, but hasn't got much health.

It's a medium sized creature with a snake body and a pair of wings. it can spit acid from it's mouth too, to spit acid with a tamed winged serpent press left click while riding it.

For passive tames, there is a long wait between the first and second feedings as the creature eats, after which it follows the feeding intervals listed. These feeding intervals are estimates - the actual interval will vary per-creature based on random chance.
Error: No taming-data for "Winged Serpent" found. If the current page is not a creature-page, write the wanted creature as first parameter. Use only the common name, found on the creature's dossier.