Pixark Wiki
Register
Don't have an account?
Sign In
Advertisement
in: Stubs, Creatures released in 2019, Untameable creatures,
and 5 more 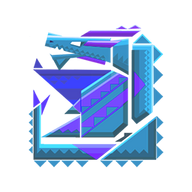 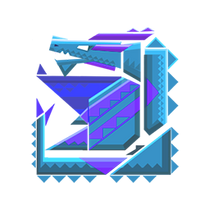 The Thunder Wyvern is one of the creatures in Pixark.

Thunder Wyverns spawn in wyvern nests in the black rock mountains when players approach. They are automatically aggressive towards players and will prioritize players who pick up wyvern eggs.

For passive tames, there is a long wait between the first and second feedings as the creature eats, after which it follows the feeding intervals listed. These feeding intervals are estimates - the actual interval will vary per-creature based on random chance.
Error: No taming-data for "Thunder Wyvern" found. If the current page is not a creature-page, write the wanted creature as first parameter. Use only the common name, found on the creature's dossier.

Wild Lightning/Fire/Poison Wyverns are untameable. Tamed Wyverns will come from Wyvern Eggs and players need to avoid the patrolling Wyverns, sneak into the nest and steal the Wyvern Egg. Players with the egg will aggro nearby Wyverns and become their targets. Wyvern Eggs will be put inside the Inventory but cannot be moved to the hot bar. The eggs will drop in the backpack upon character death.

Thunder wyverns will fire their beam-like breath weapon at long range targets. Close in fast to avoid this powerful, lightning charged attack. The Thunder wyvern lightning breath is capable of knocking players off their tames similar to a lightning strike during a thunderstorm. This makes fleeing an angry Thunder wyvern particularly dangerous.

It is very difficult to nurture a baby Wyvern as you need to keep feeding it with Wyvern Milk, otherwise, it can die. Wyvern Milk only comes from Wild Female Wyvern drop.