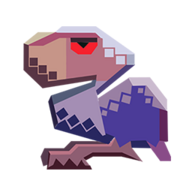 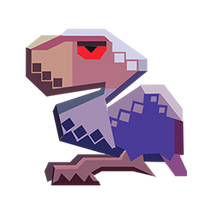 The Terror Bird is one of the creatures in Pixark.

Wild terror birds are even more terrible than Raptors. Their large breaks feature strong attack power. Their bones are hollow which increases their flexibility. Many adventurers who run into this creature meet a terrible fate.

The wings of the Terror Bird remain mostly intact after taming. They can even glide for short distances

Aggressive and fast. It is advised you avoid them at low level, especially in packs, as they tend to swarm very quickly.