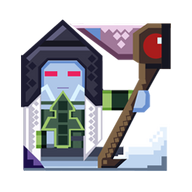 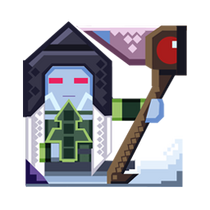 The Soul Reaper is one of the creatures in Pixark.

Soul Reapers are one of the most intimidating beings known to roam in PixARK. The sickles they wield are known to steal one's very soul.

Note:This is the in-game description, but Soul Reaper is actually tameable.

Humans are as yet still unable to communicate with Soul Reapers in any meaningful way, and are unable to tame them.

Capable of seizing one's soul, A Soul Reaper carries a scythe that is said to be a replica of the one carried by the Lord of Death himself. 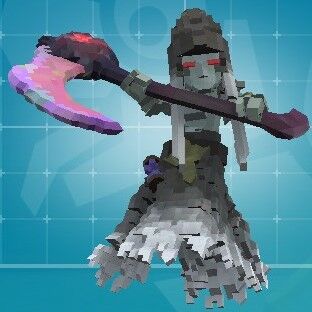 Above ground Soul reapers randomly patrol small areas of the dark forest . Underground they can often get stuck in the tunnels. when a soul reaper see's a human or its tame it will attack relentlessly until either are killed.

Run. And shoot him with Magic Sleepy Arrows.

When you place items in a Soul Reaper the weight of the item is less. This makes them great for farming. They do move slow, but if you are farming in dangerous areas, they are also VERY good protectors.