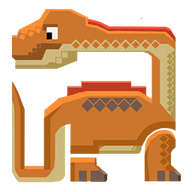 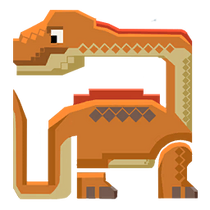 The Sauropod is one of the creatures in Pixark.

The sauropod is the largest animal in PixARK. This docile creature is largely passive. They may absent-mindedly trample over your constructions, but be careful about seeking vengeance, as they're liable to sweep you away with their huge and powerful tails.

Once tamed, the powerful Sauropod can easily carry a platform saddle and various constructions on its back. Its giant tail is also good for collecting berries.

They are very large with long necks and are orange

Breaks everything. Your house is never safe!

Cannot be turned into a PixBlock due to such largeness.