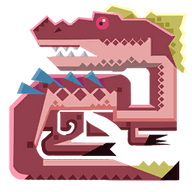 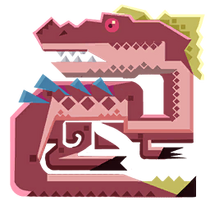 The Raptor is one of the creatures in Pixark.

Raptors are a novice adventurer's worst nightmare. They are fast and powerful. They are both difficult to fight and to run away from.

A tamed Raptor is a valuable ally for early adventurers. Its fast speed can help you escape from dangerous situations.

Raptors are red in color with a yellow mohawk in the center of their heads. 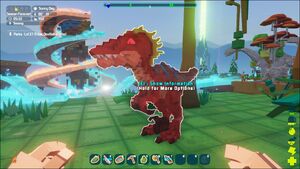 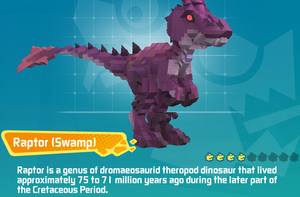 Raptors have an aggressive nature and will attack you on sight, but they take a while to see you. They can be seen attacking Carbonemys in their Jungle habitat, and any passive creatures in neighboring biomes as well, so be sure to keep your eyes open when near a Jungle biome.

Despite how quick they are to attack, they are quick to flee once hit with a strong attack. This doesn't mean they'll be gone for long.

A good way to tame a Raptor is to build a structure to hold it in, or simply building up a 1 block wide tower higher than the it's attack range. After that, you can use a slingshot or Tranq arrows (or any other torpor giving item) to knockout the raptor and tame it.

Great damage for an early game attacker, but you wont be able to ride it until level 30(If you don't find a Raptor saddle before then that is).

Raptors are great runners and strong attackers for early-game. They have relatively low health, however, so they won't last in a battle against the stronger creatures of the game.

They collect more Meat, Fur, and Leather when attacking creatures that drop them.

It eats Meat. It is the early game T-Rex.