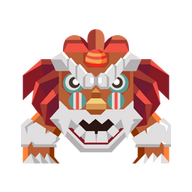 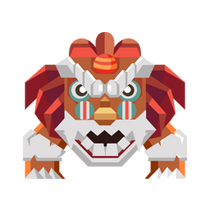 The Nian is one of the creatures in Pixark.

Sleppy arrows are the best idk maybe magic one work too.

It's a Chinese looking big dog

For passive tames, there is a long wait between the first and second feedings as the creature eats, after which it follows the feeding intervals listed. These feeding intervals are estimates - the actual interval will vary per-creature based on random chance.
Error: No taming-data for "Nian" found. If the current page is not a creature-page, write the wanted creature as first parameter. Use only the common name, found on the creature's dossier.

The Nian works as an excellent combat support mount, as it is capable of using an AoE buff that gives nearby tames a 30% increase in damage for 30 seconds.