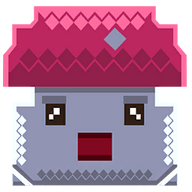 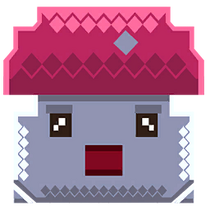 The Mushroom is one of the creatures in Pixark.

Wild Mushroom monsters live in dark fungal caves. It is hard to distinguish them from mushroom grooves. They are peaceful creatures, so don't bully them.

Mushroom monsters are small but powerful. They can also be used as mounts.

The mushroom only had one attack being a headbutt.

The mushroom generates a low amount of natural light through the glow in its eyes.

More of a novelty tame than most, does not need a saddle to ride. Able to jump a short height.

Being even a max level requires only a single sleepy magic arrow, it's easily the easiest magical creature tame in the game.