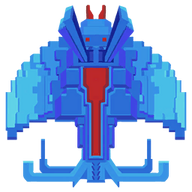 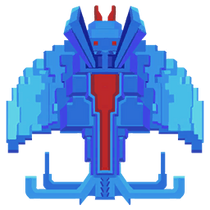 The Manta is one of the creatures in Pixark.

The best tame method is to stand on a boat and use sleepy arrows. It is not magical so magic arrows wont cause torpor.

They can be used for water mobile bases if the platform saddle is equipped.

They used to be able to jump and were tamed with angler gel. They also got a massive size increase. They used to be relatively the same size as the player but are now the largest water mount (the Hippocampus being the longest).

It's attack can make target Vulnerable, which it can do more damage to the victim.