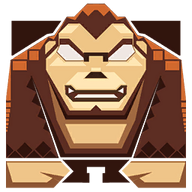 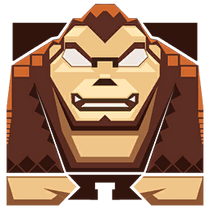 The Kong is one of the creatures in Pixark.

This lonely ancient beast is one of the divine guardians of PixARK. Its strength is even greater than a Sauropod's. Although this creature is very peaceful, it won't be so friendly if provoked.

There is no evidence that Kong can be tamed.

This ginormous creature resembles an incredibly oversized today's gorilla with brown fur and creamy skin. It appears to be furious due to its obvious pair of frowned almond-shaped eyes on its face.

King Kong can not be tamed.

This creature is not found in the game. The only way to spawn it is typing its spawn command via cheats.