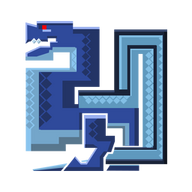 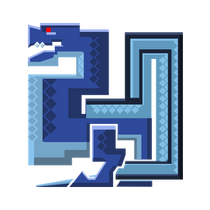 powerful, capable of taking down a quetzal

The Ghost Dragon is one of the creatures in Pixark.

Ghost Dragons aren't ghosts per se, but dark wyverns. They get their name from their ghost-like speed and strong attack power.

Ghost Dragons are black in color, and have a dark magic particle effect on the center of the body. Can be distinguished easily by its black flame and long tail.

A good strategy is using a Quetzal equipped with platform saddle and a Ballista Turret loaded with Magic Ballista Bolts. The Quetzal is a bit faster than a Ghost Dragon, fast enough to give a solo player time to hop between rider seat and ballista for 1 shot (don't be greedy). This strategy works best with 2 players. Since the Ghost Dragon has no natural enemy, a knocked-out Dragon won't be attacked by nearby creatures and does not need to be covered.

Another, more time-consuming strategy is to use a Gargoyle to kite it around, the speed of the Gargoyle is fast enough for the player to keep a safe distance with a Dragon and go for 2-3 magical arrows. A Gargoyle can be dismount mid-air that allow rider to stand on top of it.

Another strategy, albeit a dangerous one, is to take advantage of the dragons extremely wide turn radius. By tanking 1 or 2 hits with another tame, such as a Carbonemy, and waiting for the dragon to get stuck circling, the player can get off the mount and freely shoot the dragon till it knocks out. Do note: The dragon rarely can deaggro and reaggro breaking the circle, at which point it will shoot another breath attack at the player. Has been done by players with no armor and 200 HP without a tame.

The Ghost Dragon is extremely aggressive, and will breath fire at their target as they close distance between it and it’s target. They are relatively fast and will close distance on a non-mounted character fast and slower mounts even faster. Fighting a Ghost Dragon in high elevation is extremely dangerous as they have high knockback and will send their target flying off, resulting in high fall damage. It is best to make some sort of make shift cage and trap the Dragon before attempting to fight or tame them.

Ghost Dragons can only harm each other direct contact with fiery breath however immune to the burning effect and biting. This makes taming more ghost dragons after the first easier when using the Turn Radius taming strategy, as you can tank a near infinite amount of attacks while waiting for the wild Dragon to circle.

Getting off the Ghost Dragon while landed will result in the players standing on the dragons back.