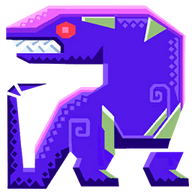 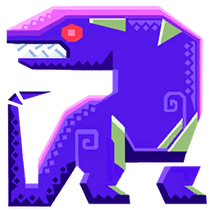 The Fungus Beast is one of the creatures in Pixark.

Wild Fungus Beasts live in underground caves. Don't approach them, or their toxic skin will poison you.

A tamed Fungus Beast is a very powerful ally in combat. Its toxic skin is effective against most animals.