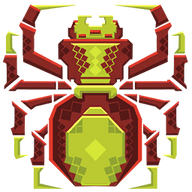 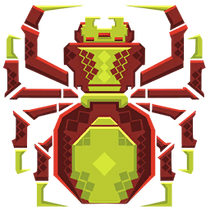 The Fire Spider is one of the creatures in Pixark.

Fire spiders are nature's pyromaniacs. They will burn anything they touch. Fortunately, they only live underground.

A spider full of fire energy is quite destructive whether it is tamed or not. Be careful of it's flame.