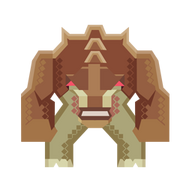 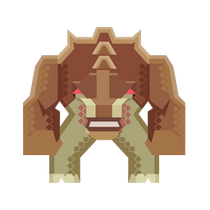 The Elemental Golem is one of the creatures in Pixark.

Wild Elemental Golems are found in deserts. They are aggressive when approached. Their strong defensive capabilities and attack power makes them quite difficult to deal with.

It is extremely difficult to tame an Elemental Golem as they are immune to most weapons that inflict stun. Their strong power and ranged attack remain after taming. The're also able to disguise themselves by transforming into rocks.