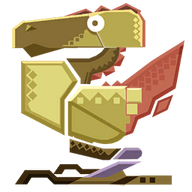 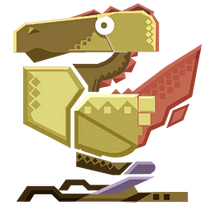 The Dodo is one of the creatures in Pixark.

Dodos are widely considered to be lazy creatures, and for good reason. Grasslands provide them with all the food they need. Only humans pay them any mind, as they are a good source of meat and easy to hunt.

Dodos have become a popular animal to tame, as they are meaty and lay delicious eggs.

The Dodo's appearance is similar to that of a Chicken's. It is small and orange colored with some yellow areas on it.

It roams around in packs, completely passive and will never fight back. Easiest early game source of meat and leather. When attacked, it begins to run away and cries.

Can be passively tamed with berries.

Completely useless. Too slow to move around effectively and deals very small damage if it can catch up.

Level 15 the Dodo Nest is unlocked, four female dodo's can be picked up once tamed and placed into the nest to produce eggs consistently if given Berries into the Nests.

When tamed, these creatures can be picked up and carried.