Pixark Wiki
Register
Don't have an account?
Sign In
Advertisement
in: Creatures released in 2019, Untameable creatures, Rideable creatures,
and 3 more 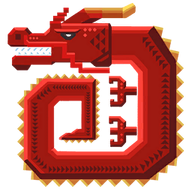 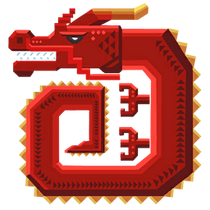 The Divine Dragon is one of the creatures in Pixark.

The Divine Dragon is a creature seen roaming the skies of the Skyward Map. It is passive and not able to be damaged by normal means. It flies in a set path and stops at different islands allowing players to get on/get off.

The Divine Dragon can be ridden while untamed to travel from one island to the next. Note that this process is slow and players are not able to get off once the dragon is in the air and until it lands.

Surprisingly, the Divine Dragon is not immune to the Poison Wyvern's poison breath DoT. The breath impact deals no damage, but the DoT from the poison is able to kill it.