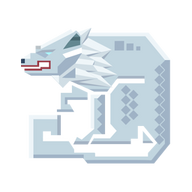 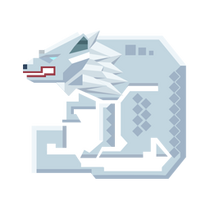 Direwolf. This kind of wolves[sic] can use ice spells[sic] and spread over the ice field.

The Direwolf is one of the creatures in Pixark.

In the ice fields, direwolves travel in packs. They are very territorial so tread lightly.

Direwolves are ferocious, but loyal once tamed. Their fast speed, agility, strong attack power, and excellent jumping ability make them ideal mounts. When close to a tamed direwolf, your hypothermal insulation will slightly increase (like with the icebear)

The Direwolf subspecies is intimate to its master and smart enough to understand what its master asks it to do. Its sense of smell can be used to discover injured dinos from a long distance, and dropped backpacks as well (Press C). 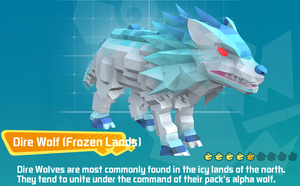 Does not require a saddle to ride.