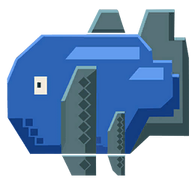 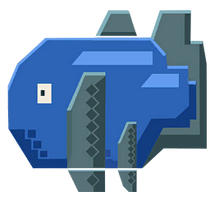 Coelacanths are considered to be the ancestor of the land vertebrates. Has a low degree of ossification. It is commonly known as the 'Living Fossil.'

The Coelacanth is one of the creatures in Pixark.

This fish knows nothing except eating and escaping. They are often hunted by novice adventurers for food.

Coelacanths are not intelligent enough to be tamed.

The Coelacanth can not be tamed.