Pixark Wiki
Register
Don't have an account?
Sign In
Advertisement
in: Stubs, Carnivores, Creatures released in 2019,
and 10 more 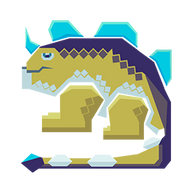 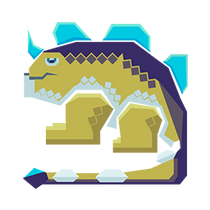 The Cobalt Rockdinosaur is one of the creatures in Pixark. It is a cobalt variation of the Megarock Dragon.

This creature has mutated due to cobalt radiation, it's more powerful tho it can't breed.

It looks like a megarock dragon, but it's back is covered in moss and it's rocks became cobalt crystals. The colors have changed too.

For passive tames, there is a long wait between the first and second feedings as the creature eats, after which it follows the feeding intervals listed. These feeding intervals are estimates - the actual interval will vary per-creature based on random chance.
Error: No taming-data for "Cobalt Rockdinosaur" found. If the current page is not a creature-page, write the wanted creature as first parameter. Use only the common name, found on the creature's dossier.