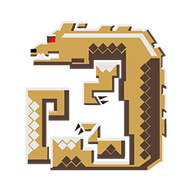 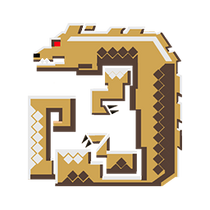 The Cave Hyena is one of the creatures in Pixark

Cave Hyenas are known for attacking their enemies in caves. Their powerful jaws can deal great damage to enemies' bones.

Cave Hyenas are often tamed to be used in combat. Their bite inflicts continuous slowing and damage on enemies.

The Cave Hyena is similar to a modern spotted hyena, but slightly larger with yellowish golden fur adorned with brown spots. It has a pair of red eyes which symbolises aggression.

Wild Cave Hyenas are usually found in the desert and some of them live in packs. They are very agile and aggressive and will attack anything on sight. One bite from it will deliver slowing and bleeding effects on both players and tamed creatures. If tamed, these effects will affect only other players, not their tamed creatures.

5 sleepy darts (body shots) from a primitive long neck took down a 118. 10 pieces of raw thigh meat, give or take (some spoiled).

Right click for a high-knockback attack. Can inflict bleeding and fracture.