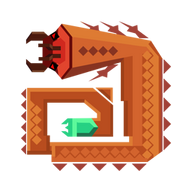 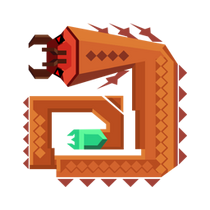 The Arthropleura is one of the creatures in PixARK.

According to researchers, the fluids in the body of this creature are very acidic and corrosive, and an even melt away human armor.

It has been discovered through research that Arthropleuras have relatively low intelligence. After taming, they can be used as mounts. They will even obey a command to stay in one place to attack enemies that pass by, much like a defensive turret.

For passive tames, there is a long wait between the first and second feedings as the creature eats, after which it follows the feeding intervals listed. These feeding intervals are estimates - the actual interval will vary per-creature based on random chance.
Error: No taming-data for "Arthropluera" found. If the current page is not a creature-page, write the wanted creature as first parameter. Use only the common name, found on the creature's dossier.