Pixark Wiki
Register
Don't have an account?
Sign In
Advertisement
in: Stubs, Carnivores, Creatures released in v1,
and 9 more 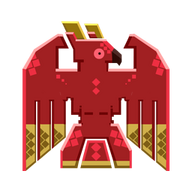 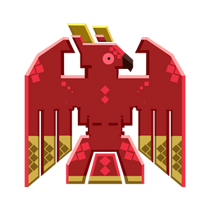 The Argentavis is one of the creatures in Pixark.

Wild Argentavis has little interest in other animals, and only attacks those that get too close.

Although a trained Argentavis is slower than a Pteranodon, its great strength can launch humans and mid-sized creatures into the air. Its high stamina also makes it suitable for long distance travel.

The lack of food of the desert biome has forced the Argentavis to change its hunting patterns; the desert subspecies will grab onto prey with either its claws or its more powerful beak. The color and crest are also visually distinguished from its non-subspecies counterpart.

Argentavis, it's weight can reach 70kg and its wingspan can reach 7 meters. It is the ancestor of some large raptors.

The Argentavis is a large, red-orange bird with a fan-shaped tail and crest. It is easily spotted because of its bright colors.

A subspecies, the Argentavis (Desert) is plumed with dark red and purple feathers. 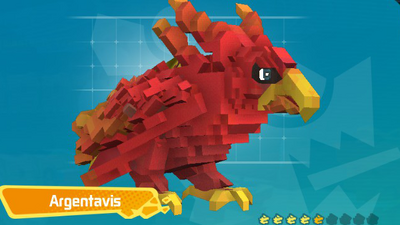 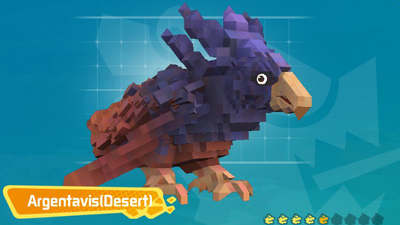 Tends to fly in the sky but occasionally lands to regain stamina before taking to the air once again.

High level Argentavis are capable of killing Rexes and Sauropods with points put into attack.

Can be used to carry small tribe tame (E.g. Raptor and Shadow Leopard) in PVE, and wild Creatures and players (PVP)

Note: Friend/Enemy/Wild Creature carry is disabled by default for PVE servers, but can be enabled by adding the following command to GameUserSettings.ini

Argentavis (Desert): - CANNOT attack a tame that it is carrying. - Can attack while grounded/not airborne.

Please keep these notes in mind while selecting your tames.